The University of North Carolina at Chapel Hill is in Orange County, in the Raleigh-Durham region of North Carolina. The region is located within the Research Triangle that is home to a significant cluster of research and development institutions and companies. The Town of Chapel Hill is west of the cities Raleigh and Durham, about 25 miles and 10 miles respectively, and is a dynamic community with nearly 60,000 residents. The University’s Main Campus is bounded to the north and west by downtown Chapel Hill and composed of two interconnected areas: Campus North and Campus South. In addition to its Main Campus, the University controls and manages outlying parcels including the Mason Farm Tract, the Rizzo-Lloyd properties, Carolina North, and property adjacent to University Lake. The Main Campus represents about 20 percent of the 4,295 total acres of land UNC-Chapel Hill controls and manages. Much of the remaining acreage is defined by natural features with opportunities for development in currently disturbed areas. 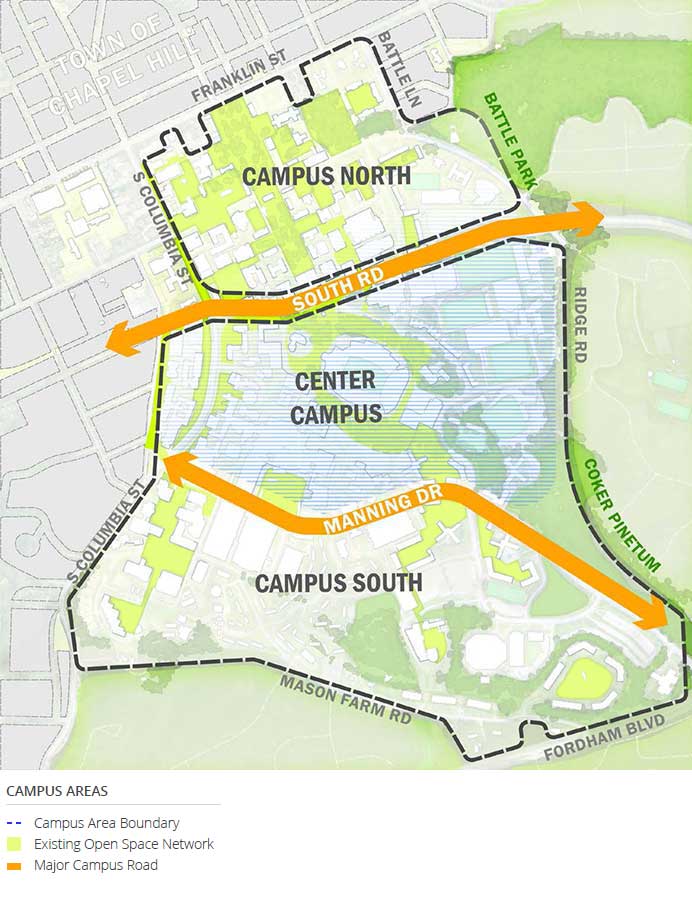 The development of the Main Campus over the University’s history has progressed from north to south. That legacy continues to shape how most people come to understand the campus, a sort of “mental geography” that was consistently acknowledged by participants in planning work sessions. Thus, a Campus North zone between Franklin Street and South Road characterized by smaller, mostly red brick buildings anchored around the formal quads of McCorkle Place and Polk Place; a Campus South Zone of buildings often at a much larger scale, built with a greater diversity of materials, and with a significantly more informal set of open spaces that respond to the changes in topography; and a Center Zone that blends and mitigates between north and south. The vastly different characters of the major east-west streets—Franklin, South, Manning, and Mason Farm—distinguish the boundaries of the three zones. 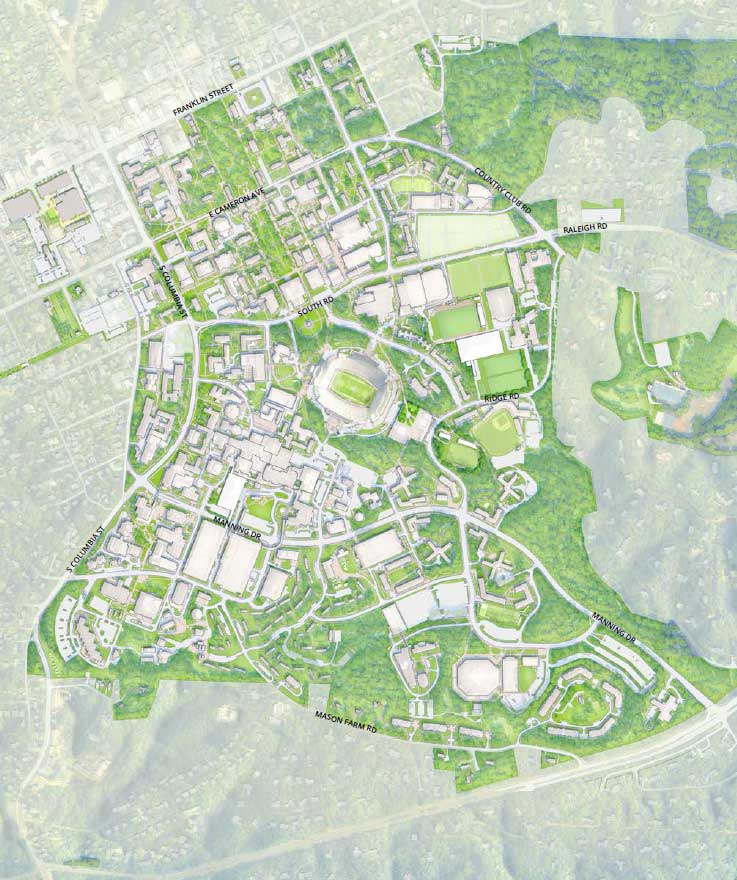 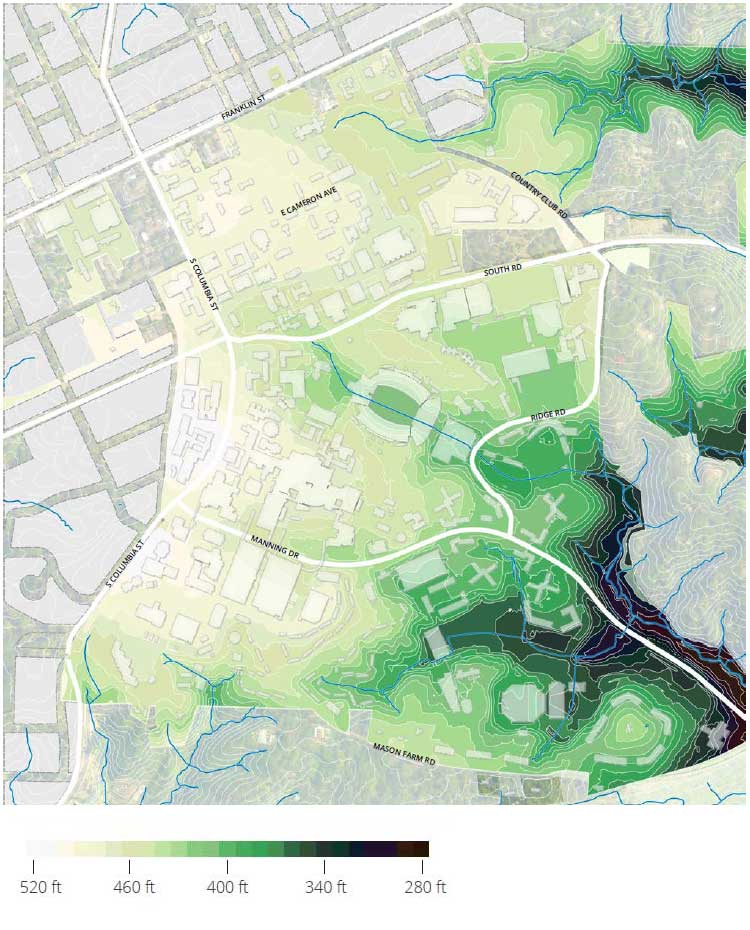