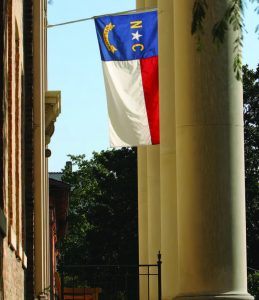 Carolina North will serve the mission of the University of North Carolina at Chapel Hill by creating a world-class research and learning campus in the heart of Chapel Hill. This new campus will be a vibrant, sustainable development that will attract and create exciting new opportunities for research and innovation in North Carolina. The implementation of this campus is a timely response to the surge in main campus development in the last decade. The need for this campus also reflects a trend toward public-private partnerships and economic development related to research efforts and innovations generated by the University. The Carolina North campus will provide a place for the University to grow and develop new models for research and education.

At their May 2006 meeting, the Board of Trustees passed a resolution directing the University’s administration to submit zoning and land development applications for Carolina North to the applicable local government. University staff worked with the community and various technical consultants during the subsequent year and a half to prepare a draft plan for review by the Board of Trustees in July 2007. The draft plan was further refined and was approved by the Board of Trustees in September 2007. This plan identifies a two-hundred and fifty acre footprint for University growth and development over the next fifty years. The plan has been guided by numerous public conversations as well as three consistent themes. Carolina North will:

In early 2007, an ecological assessment of the property was completed and shared with the community. That assessment and a series of subsequent infrastructure workshops formed the basis for the planning efforts that led to the first set of concept plans for a public dialogue held in March 2007. Monthly public sessions between March and September dealt with broad issues and the input from those sessions helped develop and refine the concepts. As a result, a single draft concept emerged in June and a final plan was developed in September 2007. Designs reflect and integrate that analysis, workshops, and public meeting input.

During these community sessions, different strategies were considered for land use, open space and ecology, circulation, transportation, parking, energy, and utilities infrastructure. The Chancellor’s vision for Carolina North as a model of a sustainable community has been a foundation for these planning efforts. As the planning concepts were tested internally and with the community, several enduring themes emerged as defining characteristics of the plan: 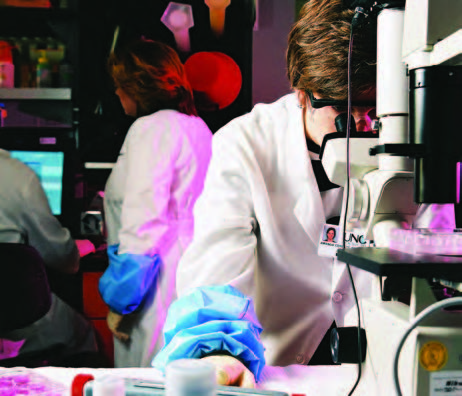 The projected program for the first fifteen years of development is based on the best knowledge available today. The academic and research components in this program reflect estimates that helped guide planning for a first phase of development. The program will continue to evolve but it served as an important test to ensure that the building areas at Carolina North could accommodate the type and size of programs in appropriate locations on the plan.

This comprehensive process of community input and committee recommendations helped guide the final plan for Carolina North by focusing on the broad issues that informed the final plan design.